Have you ever made popovers?  These are a savoury healthy Passover friendly popover.

Kugel..who needs it? Make these instead.  The creaminess of the pureed cauliflower, the nuttiness of the quinoa and the chewiness of the chard makes for an incredible taste and texture of these light as air Cauliflower Quinoa Chard Popovers.

You can make them, fill them in the muffin tins, refrigerate them and bake them when you need them.  Overfill them so they will be stunning.  Make sure your grease the tin really well so you don’t get aggravated before dinner :).

You can also bake them and reheat them later. 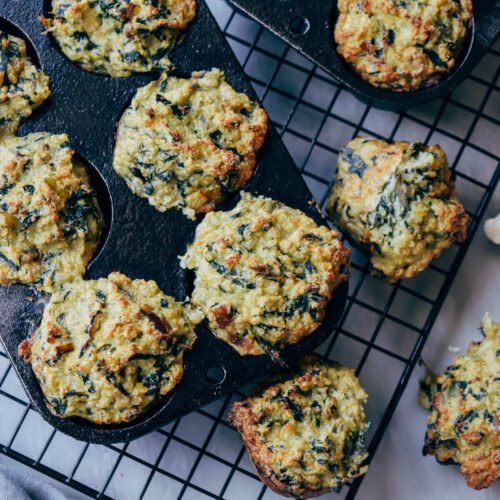 Make-Ahead Tip: These can be made ahead and reheated on a cookie sheet in a hot oven for about 10 minutes. *To cook Quinoa: Rinse quinoa in a strainer, put into a small pot with ¾ cup water and a pinch of salt, and bring to a boil.  Reduce the heat and simmer covered for 15 minutes, turn the heat off, fluff with a fork and let cool with lid off.