I often get asked what makes a great recipe. Can we discuss

you’re like most people, you go , read books and beg, borrow and steal recipes from friends and family. Have you ever made a recipe from some unreliable source and it just doesn’t work? Are you totally aggravated and frustrated that you just spent your limited free time on something that was a total flop and most likely not the result of your bad cooking skills?
So… what makes a good recipe?
When I write a recipe it needs to work for everyone, not just the experienced cook, but every cook in any home. The recipe should explain what you need to do in each step along the way. It should also go beyond the recipe itself, for instance, by touching on shopping and storing. It should anticipate hurdles or struggles the home cook may have, and perhaps even answer predictable questions (which, by the way, is a GREAT reason to take a cooking class: you get all your questions answered!!). And of course, as I’ve said, the recipe needs to work at home. A delicious dish (no pun intended) that you may have eaten in a restaurant will likely not translate at home. Restaurant recipes are written for restaurants, with weight measure and huge volume and this will not translate back to cup and teaspoons. A home cook recipe MUST originate with the home cook in mind.
The moral of the story is to know your source, read it ahead of time and make sure it actually makes sense. And one last thing…the final product should make you feel good about the time you spent in the kitchen, encourage you to brag to others about your accomplishment, perhaps inspire you to take a photo and of course, inspire you to want to cook at home again. Gospel!!!

So, a Tortilla is the Spanish cousin of the Frittata, except that the humble potato has found its way into the core of this beautiful egg meal. It is hearty, flavourful and a perfect meal. Enjoy. 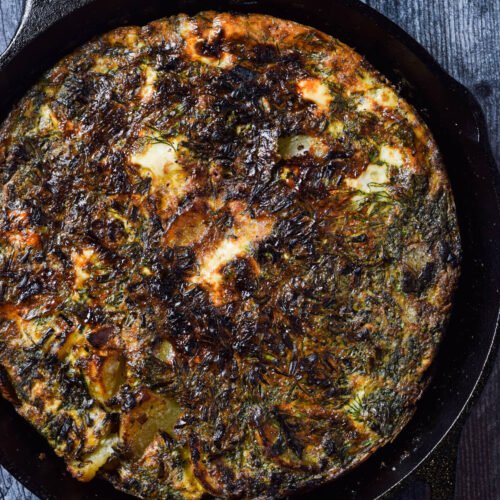